You can turn your Windows 10 or 11 device into a software Wi-Fi router (hotspot/access point) and share internet connection using just the built-in tools. Use this Windows software hotspot to share a simple local wireless network (for example, to share files and printers) and/or an Internet connection with multiple wireless devices (computers, laptops, phones, tablets, and other devices) can be done.

First, check that the driver for your Wi-Fi adapter supports Virtual Access Point Operation Mode (Ad-Hoc). To do this, run this command

The Command Prompt window will display information about the Wi-Fi adapter driver used and the supported options.

,Hosted Network Supported: Yes” The message means that this driver supports the access point mode. Otherwise, try updating the driver version or use another Wi-Fi adapter.

How to Enable Mobile Hotspot in Windows 10 and 11?

Starting from windows 10 1607, you can use mobile hotspot GUI tool for sharing internet with other devices over Wi-Fi. 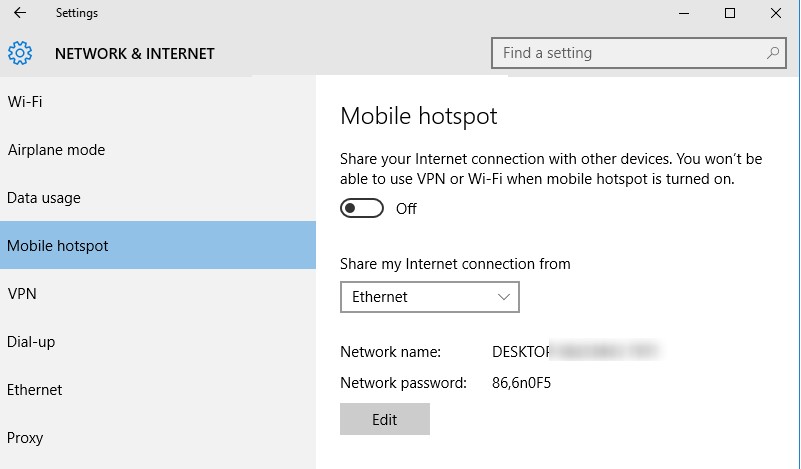 Some types of connections cannot be shared through a mobile hotspot (for example, PPPoE and other VPN connections).

In the same window, a list of devices that are currently connected to your WiFi hotspot is displayed. The device name and MAC address, as well as the IP address assigned to it, are displayed. Windows Virtual Hotspot allows you to connect up to 8 devices at the same time. 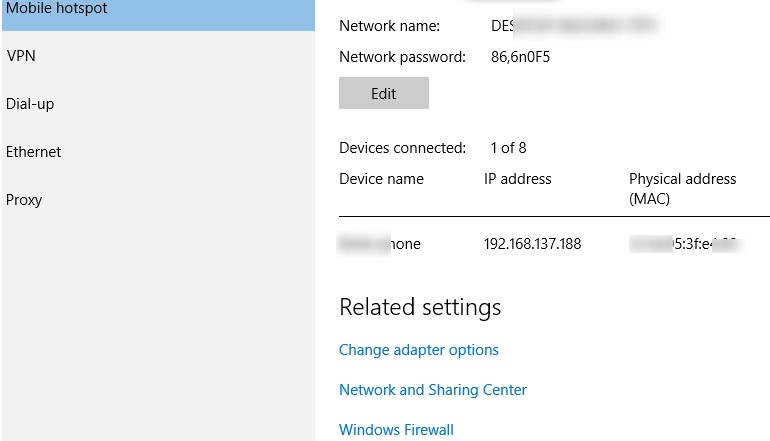 Some of the errors that can appear while running Mobile Hotspot on Windows are:

Now let us see how to create a virtual Wi-Fi hotspot in Windows using Command Prompt. In this example, we will create a wireless network named Hotspot (this is the SSID of the network) and with zizipas Security key (password). Open a command prompt (as an administrator) and run the following command:

If everything is correct, the command will return the following message:

This command will create a new virtual Wi-Fi adapter on the computer (Microsoft Hosted Network Virtual Adapter), which will be used as an access point by other wireless devices. Now, enable the created virtual adapter:

A new wireless connection named Hotspot The Network and Sharing Center will appear. 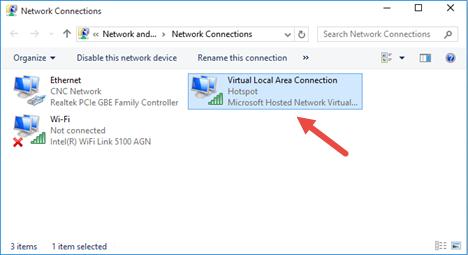 Now, if you scan for available Wi-Fi networks on other devices, they will see your wireless hotspot and will be able to connect to it with a password (for the convenience of users, you can use it to generate a QR code for your Wi-Fi network). You can use powershell for .-fi network). Devices connected to such networks can share documents and hardware peripherals, but Internet access through such WiFi hotspots is not yet possible.

How to Share Internet in Windows Using Wi-Fi Hotspot? 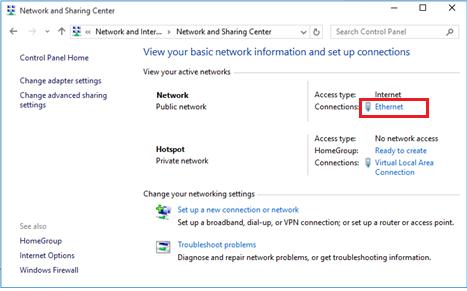 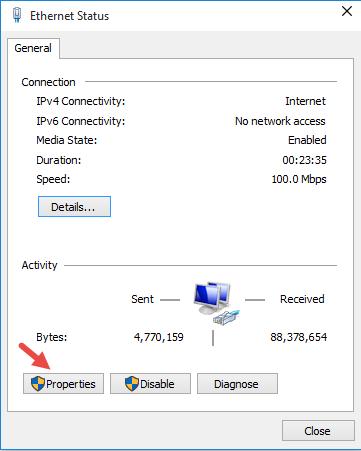 Allow Internet Sharing for this connection. go to sharing tab in the Ethernet Properties window. check the box “Allow other network users to connect through this computer’s Internet connection” And in the dropdown list select the name of the virtual adapter that you created earlier. 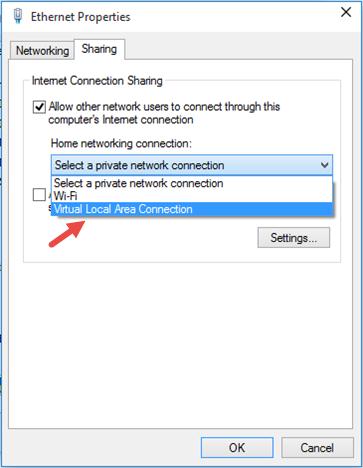 save Changes. The Hotspot network type will change in the Network and Sharing Center Internet. This means that this network (and all devices connected to it) now have access to the Internet.

All devices connected to your Windows Hotspot will now be able to access the Internet through the computer’s external network interface. Try connecting to your hotspot from your phone, tablet or another laptop.

In Windows, you can list all available Wi-Fi hotspots, signal strength, and channels using the PowerShell script described here.

You can view the current Wi-Fi access point settings with the command: 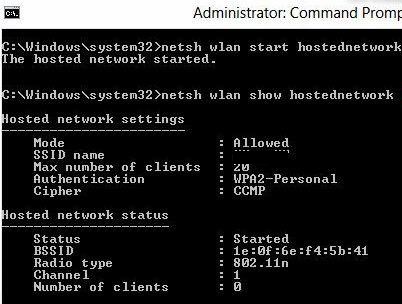 Hotspot Hidden may not work in SSID mode on Windows 10 or 11.

Answer, To restore a Wi-Fi hotspot, you need to start the hosted network with the command:
netsh wlan start hostednetwork

You do not need to re-enter the network name and password.

Question, When starting a wireless network, the error appears:

Make sure your Wi-Fi adapter is on. then open device ManagerChoose show hidden devices In Opinion Menu. find Microsoft Hosted Network Virtual Adapter In the Network Adapters section and enable it.

If that didn’t help, run these commands one by one:

After that recreate the hotspot:

If you have previously created a Wi-Fi hotspot on this device, try clearing the Hosted Virtual Adapter settings in the registry. delete Hosted Network Settings Under DWORD Registry Parameters HKLM\System\CurrentControlSet\Services\WlanSvc\Parameters\HostedNetworkSettings reggae key.

Question, How to check the status and settings of the access point?

Question. The device connects to a Wi-Fi hotspot, but there is no Internet access.

Answer: Check the DNS server settings on your device (Try manually specifying the address of the public Google DNS server (8.8.8.8) in your client’s network settings. Also, try restarting the Internet Connection Sharing (ICS) service) Try, or disable and re-enable the adapter through which your Windows device is connected to the Internet.

For security purposes, a domain administrator can disable the Mobile Hotspot feature on computers that are connected to an Active Directory domain. Restrict the use of Internet Connection Sharing on your DNS domain network GPO Options (under Computer Configuration -> Administrative Templates -> Network -> Network Connections). Check that this policy is not configured by using the Local Group Policy Editor (gpedit.msc) and the Group Policy Resultant tool (gpreult.exe or rsop.msc). 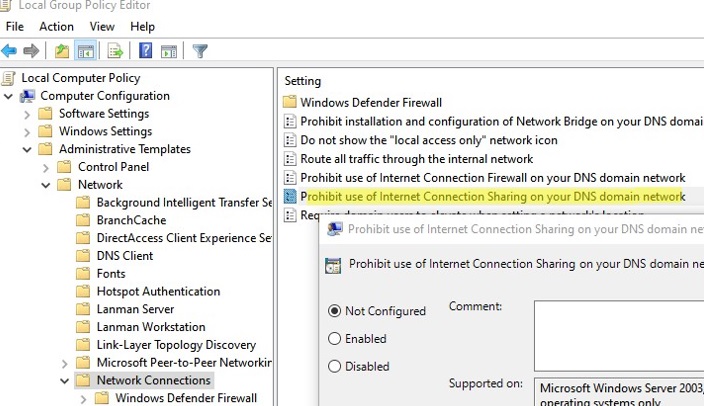 Some other common problems that can cause Wi-Fi hotspot not working on Windows are: